Esoteric D-02X Digital to Analogue Converter (DAC) – Made in Japan 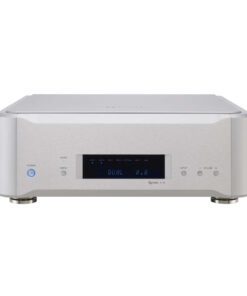 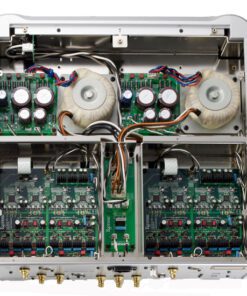 High-speed current transmission capacity is the most important factor in an analog output circuit’s ability to transmit the wide dynamic range of a musical signal without loss. Extensive resources invested in the D-02X’s output buffer amplifier circuitry greatly extend the limits of its performance as a line driver. Featuring high current output capacity, its high-performance elements boast an exceptionally high slew rate of 2,000V/μs as an indicator of its remarkable response speed. The D-02X’s top-tier buffer circuit configuration features four RCA output circuits and two circuits each for the XLR outputs’ hot and cold terminals. By maximizing its capacity to deliver instantaneous current output, the D-02X reproduces the full dynamics of music with breathtaking realism.
*HCLD=High Current Line Driver

As phase can be digitally inverted in a contactless system, either Hot 2 or Hot 3 can be selected with no deterioration in sound quality.

There are no reviews yet.

Only logged in customers who have purchased this product may leave a review.