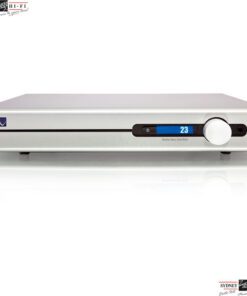 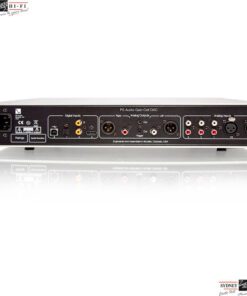 The idea of building a no-loss analog preamplifier with its own built-in cutting edge DAC was the basis of the Stellar GainCell design imperative. At this instrument’s heart is the analog GainCell. Rather than using additional sonically-degrading elements inserted in the signal path to control volume, the GainCell eliminates this problem without additional circuitry in the signal path by varying its gain in response to front panel controls. Based on industry-leading Sabre32 bit Hyperstream architecture, Stellar DAC features a fully balanced Class A analog output stage with multiple power supplies, independent jitter-reduced inputs, DSD, I2S, and asynchronous USB.

The Stellar GainCell DAC is a full-function analog preamplifier featuring a state of the art built-in Digital to Analog Converter inside. It is all you need as the basis of a reference-quality music system. Add a power amplifier and a pair of loudspeakers and you’ll be revelling in sonic bliss within moments. Connect a computer, CD player, or digital source to any of Stellar’s multiple digital inputs, or a Stellar Phono Preamplifier to its analog ins, and you’ve just built one of the highest value music systems in the world.
Enquire